During the previous years, the “Brnenska latka” was registered with its history indelibly in the awareness of the sporty public. The interest of managers and athletes is above the financial possibilities of organizers. Only few meetings in the world could boast such a great atmosphere and performances of the absolute world top athletes. The Brno audience witnessed 197cm Venelina Venev’s (Bulgaria) two best indoor performances, and in 2002 we saw the brilliance of one of the best heights of the world, Mark Boswell from Canada, who surpassed the bar at 232cm. In addition, the South American record was handed over by Argentinean representative Solange Witnessven.

The “Brnenska latka” could boasts the participation of eleven Olympic games finalists including Olympic winner Jelena Jelesinova from Russia. A total of twenty-six Olympic participants, medalists from the world championship from fifteen countries, presented to Brno’s outstanding audience and this is a testimony to the excellent conditions and organization of the “Brnenska latka”.. 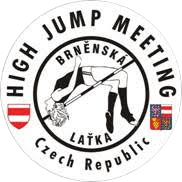